Our Ancient history also tells us that we human are always behind beautiful things that attracts more than anything that we are looking for. Women takes center stage when topics are about beauty and even in mythological epics has mentioned beautiful women of those time.
Since time immemorial, the definition of beauty has kept evolving. We have compiled a list of the top 50 most beautiful women in the world who have created magic either through their work or their auras. Although, we must not forget that there is definitely more to beauty than just the physical attributes of a person. It’s something that comes from within your soul. It’s the light that shines through you, and it’s in your personality. So ladies, please don’t mistake beauty for something as shallow as your physical appearance. You’re beautiful just the way you are.

Let us only get inspired from one another and lift each other up.

So here’s the list of these wonderful women who have worked hard to get to where they stand today.

Awards and achievements: She won the BAFTA and was also nominated for a Golden Globe for her performance in Lost in Translation

Scarlett Johansson is an American actress, model and singer. She began her acting career during her childhood. The film ‘Lost in Translation’ alongside Bill Murray was her break-out role. ScarJo convincingly played a 25 year old’s character at the age of 18. Some of her other popular films include – Vicki Cristina Barcelona, Lucy, Don Jon and others.

Lively is best known for her role as Serena Van Der Woodsen in the hit TV series Gossip Girl. She has also worked in movies like Sisterhood of the Traveling Pants, Green Lantern, The Age of Adeline and The Shallows. She is married to the actor Ryan Reynolds. 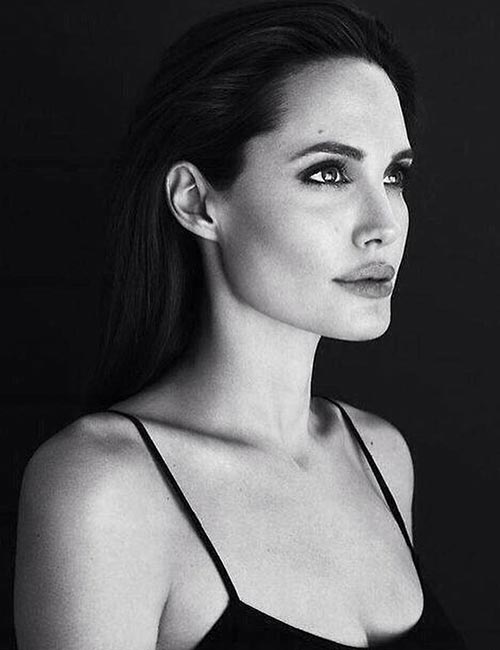 Angelina Jolie is cited as Hollywood’s highest paid actress. She became popular after playing the lead role in the Lara Croft blockbuster movies. She also actively works on child rights, human and women’s rights issues. She founded the Jolie-Pitt Foundation that contributes towards humanitarian causes all around the world.

Lisa Haydon made her acting debut in Bollywood in the film Aisha. She also garnered wide recognition for her performance in Queen. As a model, she is recognized for her impeccable style and persona. She has walked the ramp for the Wills Lifestyle Indian Fashion Week as well.

This site uses Akismet to reduce spam. Learn how your comment data is processed.

This website uses cookies to improve your experience while you navigate through the website. Out of these cookies, the cookies that are categorized as necessary are stored on your browser as they are essential for the working of basic functionalities of the website. We also use third-party cookies that help us analyze and understand how you use this website. These cookies will be stored in your browser only with your consent. You also have the option to opt-out of these cookies. But opting out of some of these cookies may have an effect on your browsing experience.
Necessary Always Enabled
Necessary cookies are absolutely essential for the website to function properly. This category only includes cookies that ensures basic functionalities and security features of the website. These cookies do not store any personal information.
Non-necessary
Any cookies that may not be particularly necessary for the website to function and is used specifically to collect user personal data via analytics, ads, other embedded contents are termed as non-necessary cookies. It is mandatory to procure user consent prior to running these cookies on your website.
SAVE & ACCEPT